The Lorraine coal mining basin was the subject of intense industrial mining exploitation from the second half of the 19th century, until 2004, the year of closure of the last mine at La Houve.

La Française de l’Energie engaged in the exploration of coal gas from 2007 and undertook the drilling of several vertical and horizontal wells, some of which include several drains. 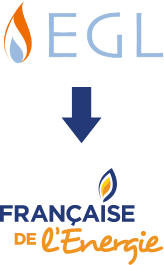 The group was created in 2007 by European Gas Limited (EGL), an Australian company listed on the Australian stock market (ASX), which historically carried out hydrocarbon exploration activities in Australia.

EGL has decided to focus on the acquisition, evaluation and exploitation of possible coal gas (CBM) and mine gas (CMM) deposits in Western Europe, and particularly in France, since 2007.

In order to meet the demands of its shareholders, mainly made up of French industrial and financial families, the Group, under the impetus of its President, Julien Moulin, has initiated a series of reorganizations in order to repatriate the parent company to France where find its assets and its development projects.

These modifications resulted in June 2015 in the change of corporate name to “La Française de l’Energie” prior to its listing on Compartment C of the Paris Stock Exchange, Euronext, with a fundraising of 37.5 million euros and the acquisition of Gazonor SAS in June 2016.

Gazonor, created in 1991 to manage and operate the evacuation of coal gas following the stoppage of mining works, was acquired definitively by La Française de l’Energie following the group’s IPO in 2016.

Certification of reserves in Lorraine and Bleue Lorraine concession application

Installation of 9MW of cogeneration units , start of green electricity production in Hauts-de-France

First certification of the group’s reserves by Beicip Franlab